I’m on the night train

Looking for a midweek adventure, Jonathan Schofield wanted to know if it was possible to leave his London office on a Tuesday night, climb to the top of Ben Nevis the next day, and be back to work the following morning

Under my desk my rucksack is packed with my recently waxed hiking boots tied to the straps. It’s Tuesday. It’s nearly 7pm. I’ve been sat at my desk for way too long writing a report that I lost the thread of about five hours ago. Tomorrow is Wednesday, midweek, not a beginning not an end. I often struggle with Wednesday.

This Wednesday will be different.

I want to shake off the shackles of the office for a day. I want to conquer a mountain but have to be back in London the following day for a meeting. There aren’t many mountains near central London, but a few days earlier I’d worked on the logistics and was ready to put my plan into action.

Euston train station, 8pm. As commuters rush for trains to Birmingham and Milton Keynes I saunter along to platform one. I show the guard at the gate my ticket for the Caledonian Sleeper Highlander that will carry me along the spine of England through the night, across the Scottish border and into the Highlands.

My cabin is tiny but perfectly formed. There’s a flip down sink that my feet fit under when I lie down. There’s a place to hang a coat and store a small bag but that’s about it.

Whistles are blown and the train creaks and heaves into life as it strains its way out of the station and begins the slow trundle though the grey northern suburbs of London. The restaurant carriage opens and I take that slightly drunken looking walk along the carriages as the train bounces along the track.

I’m sat at my table, supping red wine and awaiting a plate of haggis, tatties and veg as we pass through Watford Junction. Another 18 stations lay ahead – from the less romantic Crew and Preston stations, through to places that make the spine tingle, Rannoch, Tulloch and Bridge of Orchy, to my final destination at Fort William.

There’s a group of retired men huddled over a table, pouring over maps and planning hiking routes. There’s a young American couple on the next table who introduce themselves in that open and welcoming way that we still seem to struggle with on this island. They tell me about island hopping across the Pacific, crossing Australia by train; the buses, trains and flights across Asia, the Himalayas, through eastern and western Europe before arriving in the UK to visit Harry Potter World. Well it’s good to know we have something worth travelling around the world for!

“We’ve really come for the Wizard,” explains Ward. “We’re heading to Fort William and then taking the Hogwarts Express. Then we’re heading to Iceland by boat via the Faroe Islands then flying home from there.”

My two nights, one day, Highland excursion suddenly feels a bit inadequate. I ask how they’ve managed to fund such an epic trip and Beth mentions something about a trust fund.

I walk back heavy with red wine, haggis and sticky toffee pudding. The swing, sway and clatter of the carriage lulls me into an intermittent sleep. This feels like a secret, slipping through the night as all the other passenger trains disappear into rail yards. At Preston I glance through the blind, it’s just after 1am, there’s a loan guard on the platform who blows his whistle and the train grinds northwards.

Despite the rocking, clattering and rat-a-tat-tat of the railway and the occasional clunk and bump of carriages being changed in the night as the night train divides and dissects before continuing to their final destinations – the Highlander heading for the mountains, while the Lowlander heads to Edinburgh and Glasgow – I fall into a deep sleep. I’m woken with a tap on the door by Patrick, our jovial guard, who delivers a tray packed high with a mighty breakfast and a large steaming pot of coffee. It doesn’t get better than this: I pull the blind up and sit in bed eating sausages and eggs, munching through mountains of toast and butter, watching the mountains and lochs of Scotland passing by the window. As I sip on a cup of coffee the train eases out of Corrour, the UK’s highest train station.

I slip on my hiking boots, grab backpack and leave the train at Fort William station. The Hogwarts Express is waiting on the adjacent platform to take wizard loving tourists to Hogwarts. It’s tempting. But I have other plans. I walk out of the station towards the bus station and await the minibus to the foot of Ben Nevis. There are ominous looking clouds sweeping overhead.

At the youth and visitor centre a helpful chap on duty gives me a few tips: “It is a totally different climate at the top and if the cloud or fog descends and you lose sight of the cairns marking the route, turn back. It’s October and you might be leaving in sunshine but be in a snowstorm within a few hours.”

If you’re thinking of climbing Ben Nevis, here’s some facts and things you should know:

There are on average only 14 clear days on the summit, and this was not going to be one of them.

It’s nicknamed ‘the venomous’ mountain and claims several deaths every year from the more than 150,000 that climb it annually. Clearly a cloudy and windy Wednesday in October is not a popular day to be attempting a summit.

Full waterproof and warm clothing should be worn or carried at any time of the year.

It’s a good idea if you or someone in your party can read a map, use a compass and navigate in reduced visibility.

Hill fog can roll in at any time, disorientating climbers who regularly get lost, or tragically fall to their deaths.

The route to the summit on the Mountain Track (one of the most popular) , passes a few feet from a 2,000 foot drop – so keep to the path!

This is exactly why I escaped the office, London, the south. To feel the wind pummelling my face, the thrill of this vast, dramatic landscape consuming me and the beautiful, binary simplicity of having nothing more on my to-do list than:

I reached the halfway point at Red Burn and the Lochan Meal an t-Suidhe in an hour. After stopping to admire the scenery, the climb cranked up a few notches and soon after the views disappeared and visibility was poor to say the least. From here on it was a mighty slog through rain, sleet and snow for about three hours before I reached the summit. There were a few groups of people huddled behind rocks to keep out of the tremendous biting wind that was sweeping from the north. I’ve no doubt on one of those 14 days the views must be incredible but as the sweat began to freeze on me, I poured myself a coffee, munched on a sandwich and a couple of energy bars and began the descent.

It’s a different mindset going down a mountain. The overriding feeling of having achieved your goal and just wanting to get back. It’s no surprise that most accidents occur on the descent. The path zig zags relentlessly to cater for the steep descent and my kneecaps felt ready to blow open at various points but after two hours or so I saw the welcome sight of the Ben Nevis Inn.

After a pile of chips and a well earned pint in the company of gaggles of hikers and mountain bikers I shared a taxi back to Fort William with a pair of sinewy fell runners.

I took the night train in the final days of the old (now replaced service) that ran this route. Today, after a £150million pound overhaul, the Caledonian Sleeper boasts hotel-style ensuite cabins with double beds, alongside slick cabins with bunks. I every intention of repeating this trip again on one of the shiny new trains. Having travelled by train across America, Australia, New Zealand and much of Europe, this ranks as one of the best railway experiences of my life.

By 8pm on the return leg I was once again back in the restaurant carriage. With its deep velvety seats, thick curtains and dark wood tables and chairs, it felt like train travel from a bygone era. I ordered a bottle of red wine, tucked into another plate of haggis and all the trimmings and gazed at the glorious views of Scotland until darkness enveloped the landscape.

I retired to the cabin with a wee drop of whisky and somewhere south of Cumbria I fell into a deep sleep.

In a grey light over the capital I have a final treat of smoked salmon and eggs as we trundle, once again, through the northern suburbs of London. I guess I must have been a strange sight to the people pressed against the windows of passing commuter trains as I tucked into breakfast sat up in a tiny bed in a tiny cabin.

Unlike most of my train journeys, the Caledonian Sleeper pulls into the station bang on time. I join the throngs of commuters pouring through Euston Station, and by 9am I was in the office, but feeling slightly smug, after what I can only describe as a long, adventurous and extraordinary commute.

For more information, tickets and times, go to: 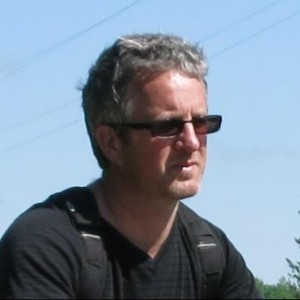