Green Perigord, a rich heritage and lush landscapes area that doesn’t boast about it… But it should! – Meanderings through France n° 121

Green Perigord is the most northern area of Dordogne and takes its name from the vast meadows and forests that cover most of it. Indeed there are no big towns in this region, only small villages built on the banks of numerous rivers. Millennium-old architecture, land of black truffle, outdoor activities in an unspoilt nature, Green Perigord will make you slow down and take its relaxed rhythm of life.

One of the most beautiful villages in Green Perigord undoubtedly is Brantome. Most of the village’s medieval and Renaissance houses have been built on a round island surrounded by two branches of the Dronne River, at the foot of a high white cliff, a setting both spectacular and charming. Troglodyte dwellings have been dug into the cliff since prehistoric times and later Benedictine monks settled in these caverns.

The first abbey was founded during the 8th century and was dedicated to a child saint, St Sicaire, by Charlemagne. An unusual church tower was added in the 11th century still ornamented with its original capitals. It still overlooks the village and is said to be the oldest roman church tower in France.

Don’t miss to visit the ancient troglodytic part of the abbey with its mill, its dovecote, its miraculous fountain and most of al its enigmatic “Last Judgement” cave where two huge bas-reliefs have not yet revealed all their secrets and still puzzle historians. These bas-reliefs are not the only mysterious point of interest in the abbey. Continue your visit in the main abbey’s building where no more monks live but where a surprising museum is dedicated to Fernand Desmoulin a painter born in Dordogne in 1853. He succeeded in making a name for himself by painting portraits of celebrities of the time. While being quite good these portraits are not the reason why he is still known today.

In 1900 spiritualism was fashionable and Fernand Desmoulin who had recently lost his wife tried to get in touch with her. But during the spiritualism séances he came under the influence of a spirit and he started to write and draw at an amazing speed. Three years long his hand made hundreds of automatic writings and psychic drawings. They all are signed by his inspiring spirit which used 3 different signatures and 3 totally different styles. The exhibition shows drawings signed “The schoolmaster”, “Your old master” and “Astarte”, the 3 different names used by the spirit and there also are portraits painted by Desmoulin. This is a strange story, but whatever inspired these pieces of art it’s quite fascinating to see them.

A 30 min drive will take you from Brantome to Saint-Jean-de-Cole a medieval village that has little changed since the 12th century making it part of the “Plus Beaux Villages de France”, “France most beautiful villages”. In such a tiny village no less than four edifices are listed as Historical Monuments. The Saint John the Baptist church dates back to the 12th century, built in a Roman-Byzantine style and has a rare semicircular shape. It used to be topped with a huge dome that was destroyed during the Hundred Years’ War. It was rebuilt but collapsed in 1787, rebuilt a second time but collapsed again in 1860! Any further thought of rebuilding it for a third time has been abandoned once and for all.

Take time to stroll in Saint-Jean de Cole to discover the 12th century Marthonie Castle that still is a private home but opens to the public in the summertime, the priory that is only open during the Heritage Days (16 and 17 September this year). Don’t miss the beautiful old stone bridge, the mill and the elegant half-timbered houses of the small pedestrian streets.

To find the right stop for the night it will take you only 20 min to get to Sorges known by gourmets all over the world as the French capital of the famous tuber melanosporum, the black truffle! Truffles growing in this area are said to have a matchless taste. A renowned truffle market takes place only once a year in Sorgues on the last Sunday in January.

When arriving at the “Auberge de la truffe ” (the Truffle Inn), don’t trust appearances. Behind its modest exterior you will find one of the very best restaurants in Dordogne and a very comfortable and friendly hotel. The chef, Pierre Corre, not only makes an authentic and delicious cuisine, he also organizes cooking master classes during the truffle season, from November to April! There are truffle weekends or duck weekends during which for 3 days you will of course learn how to cook truffles and foie gras, but also meet truffle and duck producers who will introduce you to the art of choosing the best produce.

Whether being part or not of these master classes you will enjoy great meals all year long at the “Auberge de la Truffe”, with a perfect food and wine pairing. 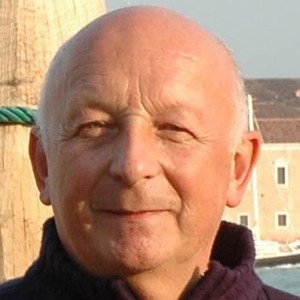