Gareth Butterfield revisits one of his favourite small cars, the Toyota Yaris, and finds it’s been growing old gracefully

SMALL cars are bigger than they’ve ever been. Actually, that made more sense in my head, but allow me to explain. Look at the current Vauxhall Corsa. It’s now bigger than the original Vauxhall Astra. It’s so big, in fact, that it’s outgrown its place in the market and they’ve had to make a new “small” car; which they’ve called the Viva.

Toyota has also done this with its Yaris. The Yaris was Toyota’s much celebrated supermini and was launched to widespread acclaim around a decade ago. There’s a new one now, but it’s hardly a “supermini” any more. It’s too big for that. To plug Toyota’s gap, they’ve made the lovely little Aygo. That’s picked up the mantle the Yaris left behind all those years ago.

So my point is, as fond as I was of the original Yaris, this car can’t really be compared to the first version. It’s bigger, cleverer, safer, faster, more grown up and, obviously, significantly more expensive. But is it better?

Progress has served the Yaris well. The latest model bears its new family trademark of a riot of slashes, swoops, curves and dents and the overall look is fresh, modern and well-proportioned. I actually think it pulls off the look better than the over-the-top Prius.

Truth be told, save for the whacky styling, the latest Yaris doesn’t feel that different to the last version. And that’s OK with me, because the last version was a fine car. That said, Toyota tells me there’s actually 900 new parts – but I suspect many of these are found on the daring exterior and the modern, fresh interior.

What Toyota has definitely done with the newcomer is simplified its range. It’s lopped off a few choices, and there’s now just three engines to go for and you can no longer have a three-door version.

It all begins at around £12,500 with the 1.0-litre, three-cylinder 69bhp petrol engine which is a fine choice for town driving but nothing special on the open road.

A 1.5-litre petrol engine offers smoother running and a bit more grunt and, of course, there’s a hybrid version which adds in an electric drivetrain and a CVT gearbox.

You could have the hybrid for around £16,000 and it’s a good model to go for, even though the new regulations mean that, despite its low 75g/km emissions, you won’t be entitled to free road tax.

I spent a week in the hybrid and I was impressed as I ever was with Toyota’s proven system. The CVT gearbox still isn’t my cup of tea but it seems to improve with every version and the revisions inside, including a better touch-screen infotainment system, give it a more upmarket feel than the previous model.

In fact, the new Yaris does a neat job of feeling grown up, expensive and cutting edge without coming attached to a huge price tag.

It’s comfortable, rides well, of course it’s economical and the interior is among the most spacious in its class.

Having said that, it’s not all good news. The ride is good, bordering on firm, but there’s no pay-off in the fine handling you’d get from the likes of the Ford Fiesta.

It’s new thick-rimmed steering wheel feels great in the hands, but steering feel is lacking and, although it grips well, you can’t expect any real excitement from throwing it into corners – especially with that CVT gearbox making the engine sing away noisily.

Where the new Yaris does excel, however, is in its numbers. It’s cheap to buy, cheap to run, comes with plenty of options and it’ll no doubt be the darling of any company car fleet manager’s order books.

The fact that it’s comfortable, practical and easy to drive gives it an advantage, if not an edge, over its rivals. It’s a genuinely good car, if not a class-leading one. 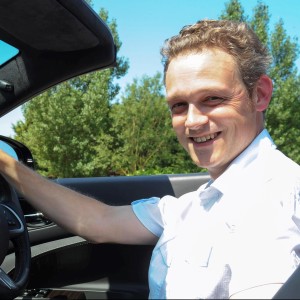