What do you do when your unique home is in danger of falling off a crumbling cliff and crashing onto the beach 350 feet below? Mark and Louise Roberts decided that they would have to move their Belle Tout lighthouse back onto safer ground, from its precarious position on the edge of Beachy Head cliffs, in East Sussex. In March 1999, through an incredible feat of engineering, all 850 tonnes of this historic building were gently lifted up, placed on special greased runners and slid back 17 metres. At the end of the two day move, relieved owner, Louise Roberts said, ‘All our china and glassware is still perfectly in place.’

The cost of the move was £250,000. Louise and her husband Councillor Mark Roberts had applied for financial help by way of a lottery grant of £140,000. But a refusal was accompanied by a statement, ‘There are major aspects of the proposal which do not square with our priorities or our main assessment criteria.’ Constrained by shortage of cash and with continuing rock falls, the move and the lighthouse seemed doomed.

Determined not to lose their special Grade II listed home, the Roberts set up a fund, ‘Save the Belle Tout Lighthouse Appeal.’ Supporters were urged to ‘buy a brick’ for £10-£60 each, which raised £5,000. There were ‘Open Days’ to visit the lighthouse, costing £5.50 per person, which proved to be an outstanding success. Eventually it appeared that enough money had been collected to top up the amount the Roberts had invested, and the move went ahead.

Two years later the Eastbourne Herald ran a front page headline; ‘Belle Tout Charity Never Existed – Councillor admits lighthouse cash not accounted for.’ An article by reporter Adam McNaught-Davis stated:-
‘Tory Councillor Mark Roberts admitted financial irregularities at Belle Tout lighthouse. The Herald can today reveal a registered charity set up to house public donations for the lighthouse move never existed. And thousands of pounds worth of donations has not been accounted for. Accounts were never prepared. The holding account for up to £20,000 of public money was a limited liability company, The Southdown Lighthouse Trust Ltd. This has now been struck off by Companies House after failing to produce accounts during nearly 3 years of trading. Despite these facts, Cllr Roberts, who lives at the landmark property with his wife Louise – the owner of the building – gave the impression in headed letters that donations were destined for regulated charity coffers.

‘Several pieces of letter-headed material state ‘a charity’ and give a registration number. The Charity Commission ordered Cllr Roberts to change the wording when it was alerted earlier in the year. A commission spokesperson said, ‘Following concerns about the Southdown Lighthouse Trust, the Charity Commission wrote to the organisation and told it to remove the claim that it was a registered charity. By this time the business was dissolved.’

In reply Mark Roberts stated, ‘We initially set up the Southdowns Lighthouse Trust and made an application to the Charity Commission because only registered charities can receive funds from the Heritage Lottery to which we were applying for a grant. Unfortunately we did not obtain the charity registration and should have made people aware of this. We sincerely and genuinely apologise for any confusion this has caused.

‘Also we should have prepared the Southdown Lighthouse Trust accounts and apologise for not actioneering this sooner. Accounts will be with Companies House by the end of this month, we had instructed this to be done before being contacted by the Eastbourne Herald.

‘Following huge public interest in the saving of Belle Tout, we began a ‘buy a brick’ fundraising campaign. People paid £10 upwards to buy a brick and the money was collected by Eastbourne Borough Council, through the Tourist Information Centre. In return for this money people received a certificate of thanks and an invitation to the once-in-a-lifetime moving day. There will also be a commemorative plaque erected once the final engineering work is completed. A handling fee of 10% was also charged by the Tourist Information Centre. We are very appreciative of all monies donated and in the end it was only local people who did contribute as no major funding (e.g. Lottery) was forthcoming.’

On Friday 1st June 2001, the Eastbourne Herald reported that Mark Roberts had offered a ‘full refund’ to all of the 341 ‘Buy a Brick’ donors. In a letter he stated. ‘If you have read or heard anything which still leaves you feeling unsure of what happened to your money and are unhappy to support the project, we will be happy to refund in full any ‘Buy a Brick’ monies. …We ultimately personally funded the majority of the move, which cost £250,000, with approximately £5,000 raised through ‘Buy a Brick.’ Other funds collected through bed and breakfast and open days took the total amount raised to approximately £9,000. Full accounts will be lodged.’

In late June 2001, prompted by complaints from several Eastbourne residents, an investigation was instigated by the Charity Commission regarding the claim by Councillor Mark Roberts that the Southdown Lighthouse Ltd was a registered charity. ‘Following further complaints we are now looking into the grounds on which the money was raised and the money’s application. We are in correspondence with representatives of the Belle Tout Lighthouse and will be meeting them soon.’

In reply Mr. Roberts said:-
‘There is a meeting scheduled with the Charity Commission to discuss the applications of the funds collected by the South Downs Lighthouse Trust. It is not a formal enquiry and we are looking forward to this opportunity to present the facts regarding the money raised to save Belle Tout and are confident of the outcome….We have had letters of support from people who bought a brick and wish to thank them for their kind words. We sincerely and genuinely apologise for any confusion this has caused. Also, we should have prepared the Southdown Lighthouse Trust accounts and apologise for not actioning this sooner. Accounts will be with Companies House at the end of this month.’

But a Companies House spokesperson said, ‘If they submitted accounts now we would have nowhere to put them. The company is dissolved.’

But the accusations wouldn’t go away. Barry Lane wrote in ‘PIE’ (People In Eastbourne) community magazine in August 2001:
‘The Mark Roberts scandal deepens as it emerges that the accountant who helped ‘clear’ the Councillor’s name at the charity Commission had been a co-director of the Belle Tout ‘charity,’ but resigned when he discovered that Roberts was running a scam….the accountant… also claims that the Charity Commissioners were made aware that Roberts had run his company as an unregistered charity but had ‘acquitted’ him anyway…..

‘In a typically misleading interview reported in the Eastbourne Herald on Friday 13th July, Roberts claimed that with the Charity Commission’s report, ‘the truth’ was at last emerging. On the contrary, it is quite clear that Cllr Roberts believes that the Commission has joined him in his futile bid to keep the truth well and truly concealed. PIE’s legal team has now written to the Charity Commission in an attempt to unravel this shameful case once and for all…..

‘According to the Commission’s statement, Roberts had convinced them that he had written to as many of the people who had donated to his fake charity as he could recall, and apologised and returned the money. Of the duped donors PIE has traced so far, not one has received a single penny, although others may have been repaid without our knowledge……
In a press statement the Charity Commission said it was satisfied that Roberts had operated the Southdown Lighthouse Trust only in the ‘anticipation’ that it would have become a registered charity. It either failed utterly to dig sufficiently deep to learn that Roberts had continued to lie about the so-called Trust’s status long after his application had been refused in 1998, or ignored the facts altogether.

‘Roberts must now be hoping that Sussex Police will also decide that running a bogus charity is not a serious enough offence to warrant their intervention. Inspector Tim Guyton told PIE that Eastbourne CID were awaiting the outcome of the Charity Commission’s meeting with Roberts before deciding what their next move might be, although quite why Sussex Police need the Charity Commission’s guidance to identify a fraud is a mystery. A brief glance at Section 15 of the Theft Act 1968 should be enough to convince them that Cllr Roberts is able to help them with their enquiries….

‘A depressingly large number of business people have volunteered information about the town’s least favourite Antipodean. …..Roberts has the worst attendance of any of Eastbourne’s elected representatives, and to make matters worse he has managed to run up long overdue debts with a staggering number of the town’s business community….At least one employment agency has been owed more than £2,000 for a total of three years. A chef they found for one of his catering businesses worked for Roberts for a little under nine weeks and was never paid. The chef left in disgust and poverty.

‘Where will he turn next? The windfall from the sale of his interest in a pub [Horseshoe Inn, Windmill Hill] will tide him over for a while and may even help to pay back one or two brick-buyers but the £60 a week Eastbourne Borough Council pays him so generously for doing so little on its behalf, is unlikely to get him far. ….
‘Meanwhile, back at the lighthouse, regular walkers and workers on the Downland near Belle Tout were amazed to see that a public-spirited person had pinned a copy of…PIE with the cover photo of Cllr Roberts ….on a notice board adjacent to the entrance to Belle Tout. Some visitors were apparently seen photographing the magazine with Belle Tout as a backdrop to their pictures.

‘Other callers who stopped at Belle Tout were less amused; two gentlemen in suits claimed they were bailiffs from London looking for Cllr Roberts…..’ 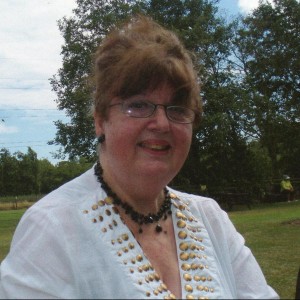