Some researchers are exploring the theory that temples were built as some form of energy focus to purify water. Each temple, it seems, has a certain number of springs nearby. The theory states that the so called ‘cart ruts’ channelled surface water into specific areas, where it was purified by some energetic means until it rose into storage tanks such as those in Mizqa near Mnajdra and Hagar Qim. These mysterious grooves in the rock have been a source of debate ever since they were noticed last century. They run in wavering parallels all over the Islands, in one area there are so many they are called ‘Clapham Junction’, no doubt dubbed by an army wag. Nobody has ever come up with a convincing theory for their use, so perhaps the water channelling idea is as good as any.

For centuries the Knights Templar held the secrets of the construction of special energetic spaces. One of the main requirements was the channelling of water under the foundations. Apparently Chartres Cathedral in France has 14 carefully cut canals beneath it. Was this knowledge inherited from ancient wisdom used to concentrate natural earth energies in specific places?

We now have the means to measure some of these subtle energies, and there are many surprising results. Hartmann rays, an energetic grid covering the entire earth, have been shown to distort and be pushed back from many churches and stone circles. As most churches have replaced much older places of gathering it would seem that the space itself is special, not the building in particular.

Sound too is of great importance. As an energy vibration that is easy for humans to manipulate, it plays an important part in all our ceremonies and rituals. It stirs up emotions and focuses our thoughts. The magic of invocations and toning was well known to the ancients. It has been shown that all the European Neolithic stone sites, standing and below ground, have sound in common. They all resonate at nearly the same frequency. Research at Stonehenge demonstrated that the stones were carefully worked to bounce specific sounds. At summer solstice, smoke subjected to these sounds and illuminated by the rising sun formed chevrons and spirals, shapes commonly found in prehistoric decorations. It seems that this sound was closest to the male baritone voice.

Was the Tree of Life pattern still seen painted on the ceiling of the Oracle Room in the underground temple, the Hypogeum, an attempt to record sound?

To take this a step further, I have seen and participated in many experiments with levitation. It seems that a necessary part of the process is the total focus of thought, and chanting, or the repetition of sound. Solid matter is affected by the vibrational assault and gravity can be temporarily overcome. Could this be how the massive temple stones were moved? Many trials have been done to try and recreate building of these temples using conventional means, but they have all failed miserably.

Quantum science is pushing at the boundaries of all our belief systems, including religion. It is entirely possible that ancient peoples knew far more about the subtle energies and natural workings of the planet than we do. We have taken such huge strides in science and technology over the last decades that they have become our gods. Somewhere though, we have forgotten that the earth itself is our host, and we cannot control or overrule it. We have succeeded in poisoning and polluting most of it and allowing most of mankind to live in inferior conditions. Only 15% of the world’s population have access to clean running water. Most people do not have an adequate diet. How does that make you feel? Be sure that the earth feels it too.

Is it any wonder that the earth itself is fighting back? Huge ‘natural’ disasters threaten us, weather patterns are shifting and there is nothing we can do about it. Or is there?

Perhaps the only God there ever was, or is, is simply Nature; we have just personalised it. It’s a thought…

BACK
PrevPreviousMiss Knitty
NextTRAVEL BACK IN TIMENext 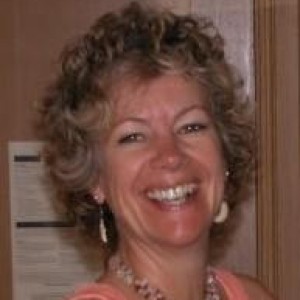 View articles by this author
PrevPreviousMiss Knitty
NextTRAVEL BACK IN TIMENext