The Science Museum in Paris. City of Light, Life and Innovation.

There is a shiny oasis in the north east corner of Paris that presents practical science for now and for all our futures. It is the largest science museum in Europe. It describes itself as the ‘Cite’ des Sciences et de L’Industrie’. It is a showcase of modern revolution and a capacious chasm depicting life beyond our present experience. Everyone loves to visit and bright minded younger people adore it. About five million people pass through the Cite’ each year.

This museum is positioned in the Parc de la Villette and is one of over thirty Cultural Scientific Centres in France. The gleaming structure presents science and science culture to blend in exactly with present, forward looking and futuristic life that we are all beginning to experience.  It does not really promote the mystery of scantily understood technical excellence from past decades but slots science into a modern life that will be found by all of us.

This museum came to life in 1986. The physical structure is built around what were once large steel trusses that were intended to become an abattoir sales warehouse. Construction of this was halted in 1973. The conversion planning was designed by the architect and engineer Adrien Fainsilber and Peter Rice. All was completed and opened on the 13th. March of that year. The inauguration came from the French President at the time, Francois Mitterand. It was to mark the passage of the space probe Giotto with Halley’s Comet.

The building itself is impressive to view just from the outside. One of the principal features is a vast bioclimatic reserve. These three greenhouse areas are constructed of steel pillars, each 32 meters high and wide. The ‘Les Serres’ were the first large glass structures having no frames or additional supporting features. Visitors will also find at the rear of the building the most vast, highly reflective sphere. The activity going on in the parkland that it presides over is seen in distorted mirror reflection manner around the whole circumference.

In the summer of 2008, the museum was host to the 3rd.International Salon for Peace Initiatives. This event was attended by political innovators and scientific and social creators from around the world.

The museum internally is very open, widely spread and airy. It represents a sort of contemporary aircraft hangar. There are a number of levels linked by silent elevators. The floors contain many varied exhibitions, models, projected videos and technical demonstrations. All are spaciously presented and the general internal atmosphere is one of pure modern scientific life and inspiration for the future.

On entering at ground level, the attention is dominated by the huge solar powered aircraft, Solar Impulse 1. This craft has been loaned to the museum by its Swiss creators. It is the older sibling of the current impulse 2 type that has recently circumnavigated the planet using nothing but electricity generated by the sun.

Solar impulse 1 has four electric motor power plants spread across a wing span greater than a jumbo jet. It is all there to see in its original form.  The confines of the museum volume seem to concentrate the sheer scale of the craft. Impulse 1 has flown for about 77 hours and has crossed the United States. It is the prototype of Impulse 2 that has just proved that it is possible for a man carrying craft to fly around our planet using just solar energy. Impulse 1 is the perfect exhibition piece for a museum that presents the way science can provide a future for humanity after all conventional finite fuel sources have been long used up.

This aircraft is supported by a simulator to provide people with the chance to experience its control. Children queue for hours to take their turn.

Spread throughout the floors of the Cite’ are contemporary videos depicting scientific concepts and much that is known about the universe. There are many constantly changing exhibitions that can hold the attention almost for hours. Every aspect of modern science is represented with the accent always on the future rather than the past.

There are also many areas where young children can play, observe and explore. The objects provided to support these spaces are things that will provide awareness of all that lies out there on our changing planet.  These objects will develop awareness for young people to adjust and evolve with the environment as times change in the medium future. The Cite’ des Sciences et de L’Industrie is all about such matters. It is changing human perceptions for ordinary life in the future.

It is a modern museum built for modern life and the future beyond. A museum about the future and what may be in store ultimately for us all, the planet and humanity. 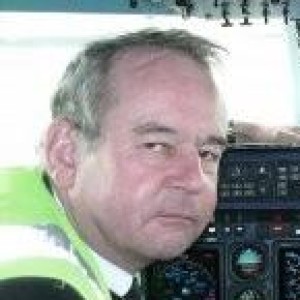