Mumbai is known for its entertainment industry. Besides nurturing the film industry, the music & other performing arts flourish under its wings. Because of modern technological advances and online access to entertainment content platforms like Netflix, Amazon Prime Video, itunes & You Tube, these days it’s difficult for Mumbaikar’s to feel motivated to move out of the comfort of one’s home to get entertained.

Besides the quality of the content, enjoying a cinema, drama or other performing art, also depends on the quality of the auditoriums too. Most of the Mumbai auditoriums have state-of-the-art and hi-tech equipment and modern ambiance but one auditorium in South Mumbai is the most unique one which stands out like a jewel in a crown. This unique auditorium is ‘The Royal Opera House’. True to its name, the auditorium which primarily hosts drama shows, book launces and other ‘live events’, the premise takes you back in the times of Princely India and the British Raj.

The concept & execution of Opera House started in 1908. It was the brainchild of a passionate Anglo-American actor & theatre manager- Maurice Bandmann & a Parsi coal businessman- Jehangir Framji Karaka. Bandmann was born in New York but studied the art, craft of dramatics and management of theatre in England. He travelled the world with his troupe and become famous mostly in the East, especially India. He used to perform in Culcutta (now Kolkotta) and Bombay (now Mumbai).

I have been always fascinated with heritage properties, forts and palaces. The colonial buildings in Mumbai have a character of its own. Recently I got an opportunity to visit the Royal Opera House, Mumbai. I went to see an English play named ‘Kanyadaan’. The original story of the play is in the Marathi language written by Mr. Vijay Tendulkar. Lillette Dubey has directed the play and her team of actors have beautifully conveyed the story of a Dalit (socio-economically challenged caste of India) youth who is struggling to make his identity by fighting the odds which are within and around him.

As I climbed two flights up to access my seat, I observed that the staircase leading to the Grand Balcony had ornate designs, with vintage lamps and mirrors. It was literally climbing into the past and of getting the same feel, which the British and the Royal families must have experienced, when they use to visit the Opera House. Later I cherished the moment when I imagined ‘how would it be in the past, when great artists like Bal Gandharva, Prithviraj Kapoor, Bapu Pendharkar’ji, Dinanath Mangeshkar and Lata Mangeshkar would have performed on the same stage which I was watching from the top angle. Here’s a video link about Royal Opera House: https://www.youtube.com/watch?v=yuq78g4m2iM&feature=youtu.be

The baroque style architecture of the Royal Opera House reflects the old-world charm as one admires the magnificent regal chandeliers, proscenium stage and the royal boxes that gracefully decorate the place. Once known to be the finest theatre of the East, today it is India’s only surviving Opera House.

The view from my seat was mesmerizing as I glanced at the 575-seater hall which has 3 levels- Royal Stalls, Dress Circle and Grand Balcony. The ticket cost ranges between Rs.500 to Rs. 1500/- Royals Stalls seats being the most-costliest.  I wanted a birds-eye-view of the theatre so I could absorb every bit of the place. I noticed that the stage curtain had a unique royal badge positioned at the centre. Later I realized it’s the iconic badge which is symbolic of The Royal family of Gondal.

The Royal Opera House is a fusion of heritage and modern themes. The premise hosts a Jazz Bar, AL Fresco Restaurant, Wine & Cheese Bar and All-Day Cafeteria. It’s a proud feeling for every Mumbai’kar that the theatre has been awarded with ‘UNESCO Asia pacific Award’ for cultural heritage conservation.

It’s worth appreciating and impressive to know that the finances required towards the restoration of the Royal Opera House has completely been borne by the current Maharaja of Gondal. It’s a known fact that most of the Kings and Queens of India were patrons of art.  I am glad to know that the Maharaja of Gondal has continued the legacy of being a patron of art even in the modern times and has set an example in front of the rich and wealthy of Mumbai and India, to use their money in the right place.

It is just not about money of the elite class that can create such magnificent restoration and revival of such beautiful heritage property, rather its about having a big heart along with an intellectual vision that kindles the spirit and puts life to the cultural scene of a town. I believe, that by reviving the operations of the Royal Opera House’, Mumbai will re-gain its lost cultural warmth, which eventually will re-kindle the flame of artistic passion which every genuine artist possesses in one’s heart! 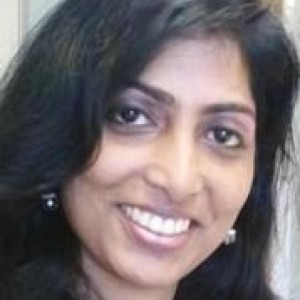